A unique group of drugs were steroids. The original purpose of releasing these substances was to use them in medicine, for example, for bedridden patients or AIDS patients, so as to somehow maintain their muscle mass. But over time, steroids have found a wider application in sports. Most athletes around the world use their help, but this is not surprising, because with these drugs, which, in fact, are the artificial formula of testosterone and, accordingly, doping for the male body, you can achieve significantly better indicators and for a shorter period, but about all in order.

History of the occurrence of steroids

The first stimulants that were used in sports to improve their results are known even from ancient Greece. Athletes ate sesame seeds to increase their stamina, drank a mixture of wine and strychnine, and ate hallucinogenic mushrooms. Of course, it was still far from steroids, but interest in substances that could multiply strength and endurance was already then. Later references to stimulants appeared in the middle of the 19th century, when cyclists took a heroin-cocaine mixture to improve their endurance at a distance. The result of such experiments was deplorable, in 1886 one of the cyclists died directly during the competition. Then began the search for other possible means of doping, which was testosterone.

The first experiments with this hormone began in 1889, the French scientist, but his final formula was deduced in 1935, on May 25 by Ernest Lacker, a professor of pharmacology from Amsterdam. Parallel to finding a way to get testosterone, other scientists, namely Leopold Ruzicka and Adolph Butenant, who patented their studies, were also involved, for which they received the Nobel Prize in this field. Since that moment, the first preparations based on testosterone have been produced. The only problem that arose was the oiliness of the substance, because of what it did not dissolve in water, and accordingly did not give the desired effect in case of oral ingestion. But even here the pharmacists found a way out, an improved formula of the substance was developed, which was used as injections for better assimilation of the drug. 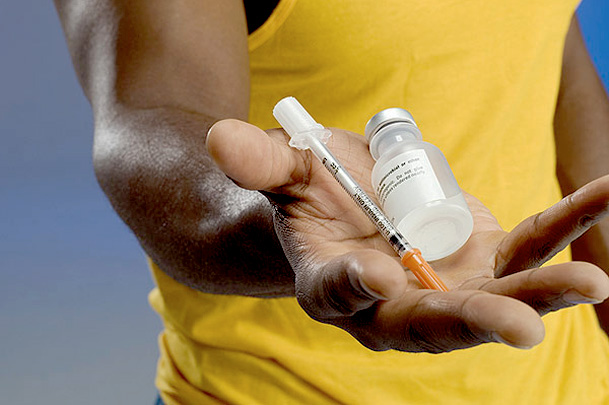 History of steroids in sport

In 1954, the World Weightlifting Championship, dominated by the bodybuilders of the Soviet Union, was attended by a doctor of the American team Ziegler, who became interested in the results of athletes. According to unconfirmed reports, he met with the chief physician of the USSR team and found out the reason for the superiority of weightlifters of the Union, this was a testosterone intake. Using the information received, the doctor began to develop a drug that can surpass the results of introducing testosterone in pure form by athletes of the USSR. And in 1956 the first official steroid drug Dianabol was published. Ziegler began to give this drug to his charges and their results began to differ significantly from other athletes in a positive way. That’s how the production of all known steroids was started. But it should be noted that in the professional sport, at various championships and the Olympic Games since 1967, the reception of stimulants in the form of steroids was banned. If an increased level of testosterone is found in the athlete’s blood, he is disqualified for the period of the competition. But this fact does not interfere with the use of steroids in bodybuilding or powerlifting, the demand for their use grows every year, so we can say that the history of anabolic patients is far from over, in any case, they will not leave the sport in the next few years.

Anabolic and androgenic properties of steroids

The group of steroids is much larger and consists not only of anabolic, but also of estrogen (female sex hormones) and corticosteroids (adrenal hormones). The second two types of these substances are actively used in medicine for the treatment of various diseases, but are of no interest to weightlifters. Important for sports only anabolic steroids, about them, and we are talking about in our article.

Testosterone has two main effects on the body:

For athletes, it is the anabolic property of testosterone that is important, but there is not a single drug that has only this steroid effect, androgenic signs are still present in them. But the main question is not in the presence of androgenic effect, but in its relationship with anabolic. For example, there are drugs in which the maximum anabolic effect is minimized androgenic, to such a state that it looks like a natural physiological background without causing additional hair growth and other visual changes. Also, there are medicines, where on the contrary, the androgenic effect is too high or it is anabolic. In fact, one and the other have one common derivative – testosterone, only from what side androgenic or anabolic it was artificially synthesized in the preparation more, depends on the final result from its reception.

Modern pharmacology is trying to get as far as possible from the androgenic properties of synthesized testosterone, since this side of it causes more side effects, which we will write about later. Completely reduce the androgenic activity to zero, but more steroids have the maximally increased anabolic effect, and on its background the scanty androgenic side is virtually invisible.